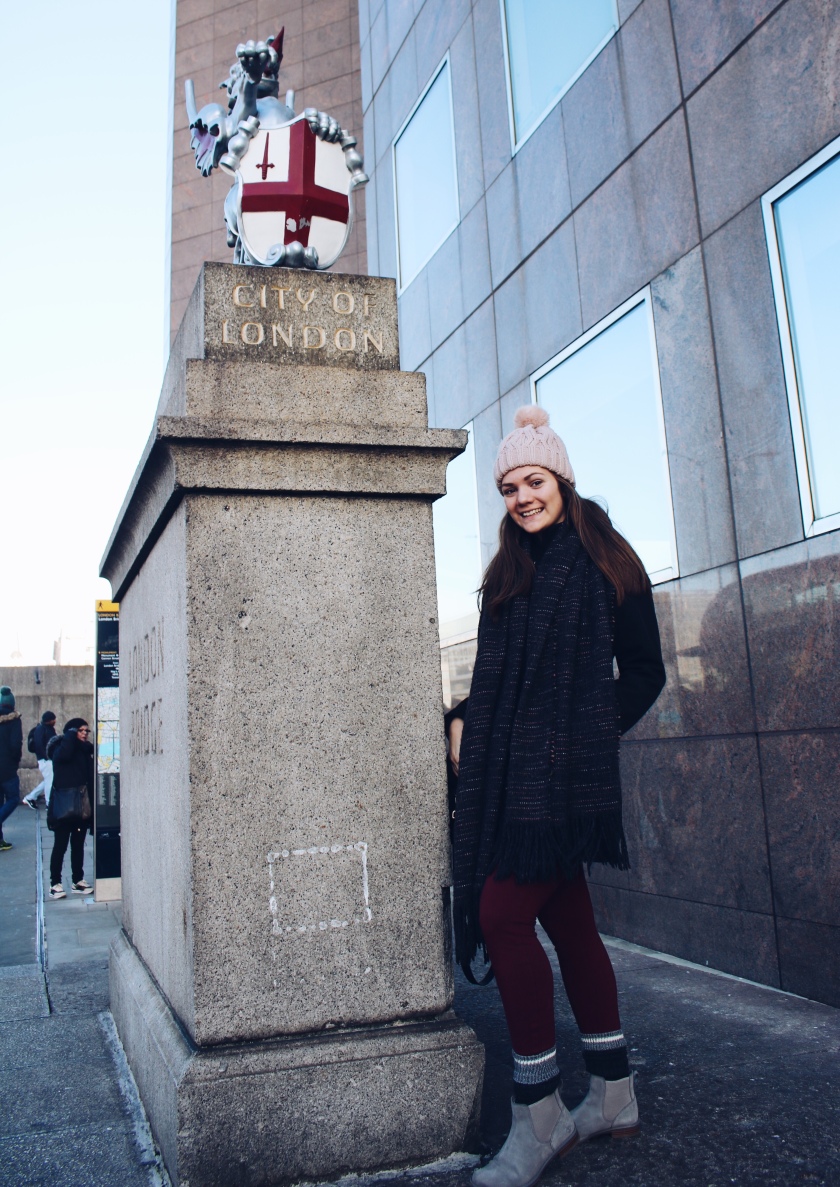 This past weekend I took a little trip to England with my host sister and my host Mom from my last family. It was such a wonderful weekend and it was the perfect trip to take before the holiday season!

We arrived in London very late on Friday night, but from the very start of the trip it was a good time; our cab from the airport was like an old style car that I’ve never seen before and it was super fun to sit in the back and be driving on the other side of the road. By the end of the trip i realized I haven’t driven in so long that I don’t actually remember which side of the road we normally drive on in Canada lol (don’t let my mom find out about this)

We woke up on Saturday morning and had a classy English breakfast at the hotel. It was nice to have a muffin for breakfast- in norway a muffin is a cupcake and only to be served as dessert.

We started our day by taking the tube (the British subway/t-bane) to visit London bridge and tower bridge. We walked along a super cute little Christmas market between the two bridges and I definitely had a little more sugar than I should’ve had that early in the morning. 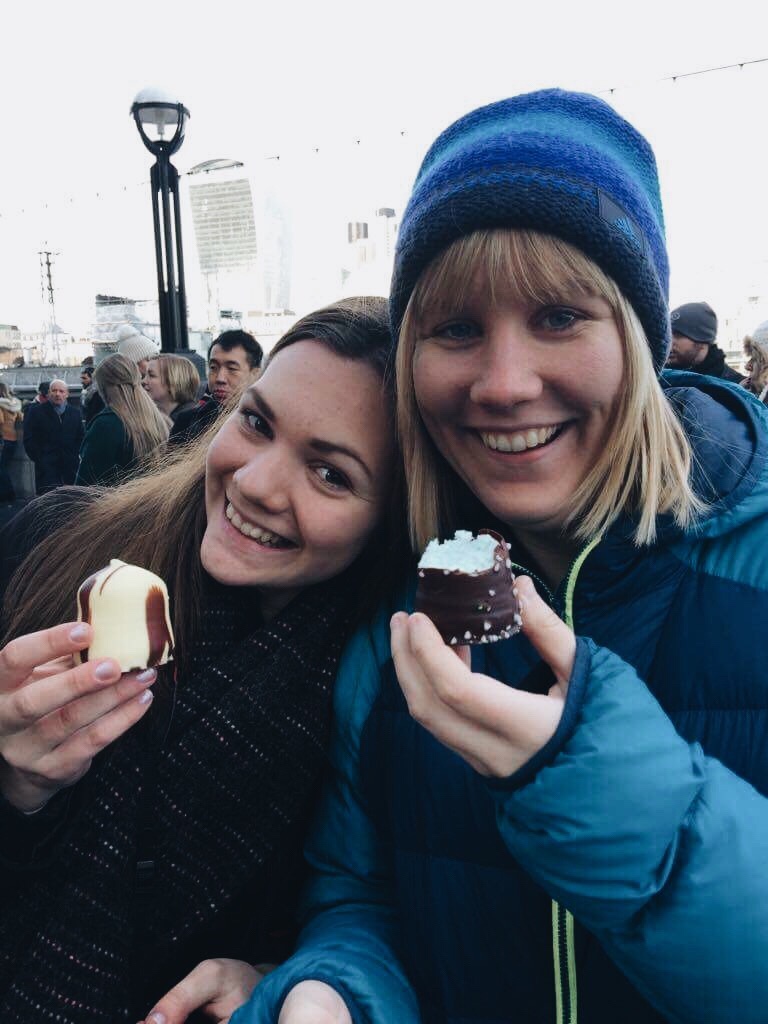 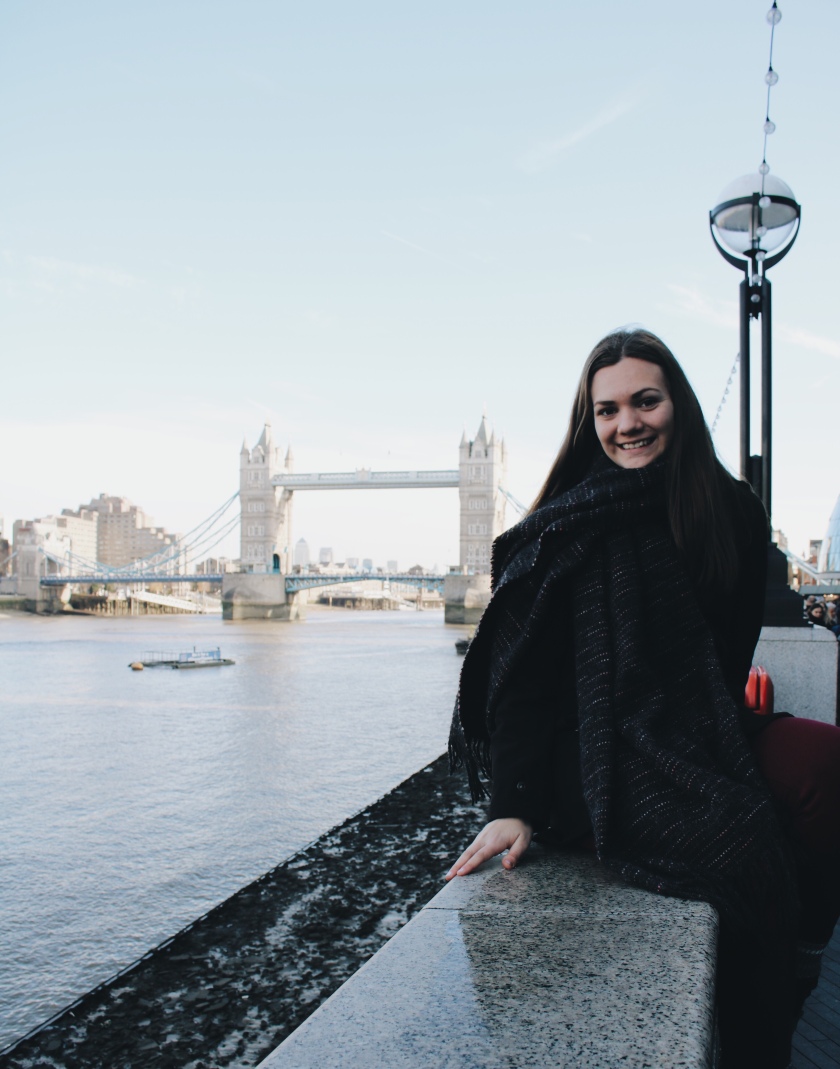 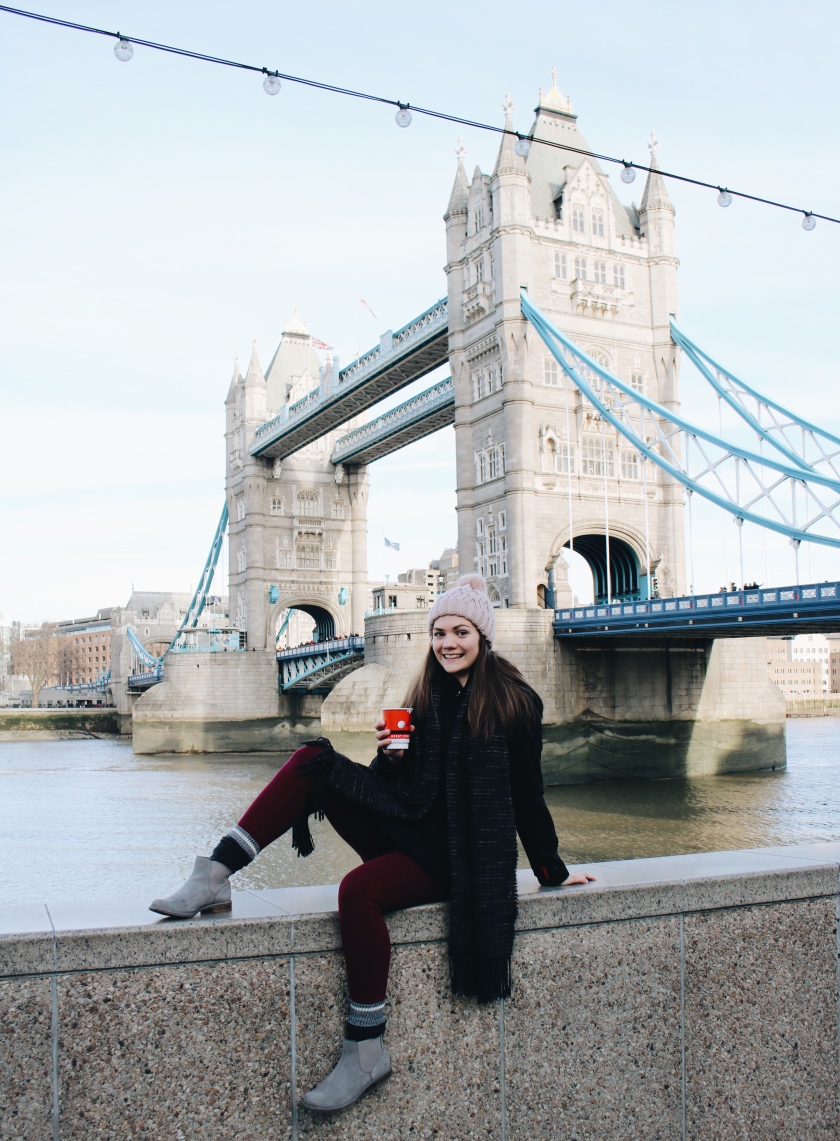 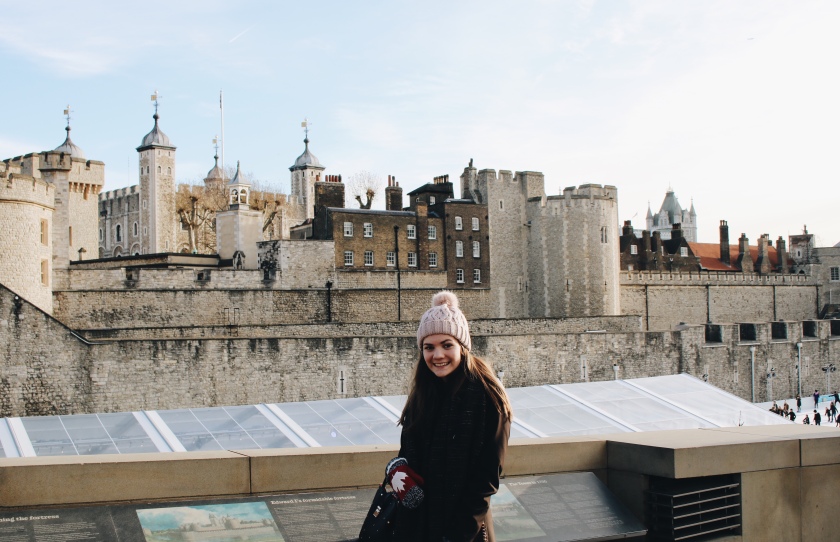 After tower bridge, we went to see Big Ben which (to our surprise and dismay) was under renovation. We took a picture with it anyways, and took some pictures with the London eye as well. By the time we finished there, it was mid afternoon so we went to grab some lunch at planet hollywood- it was very very busy there but surprisingly the environment was very fun and “koselig”. 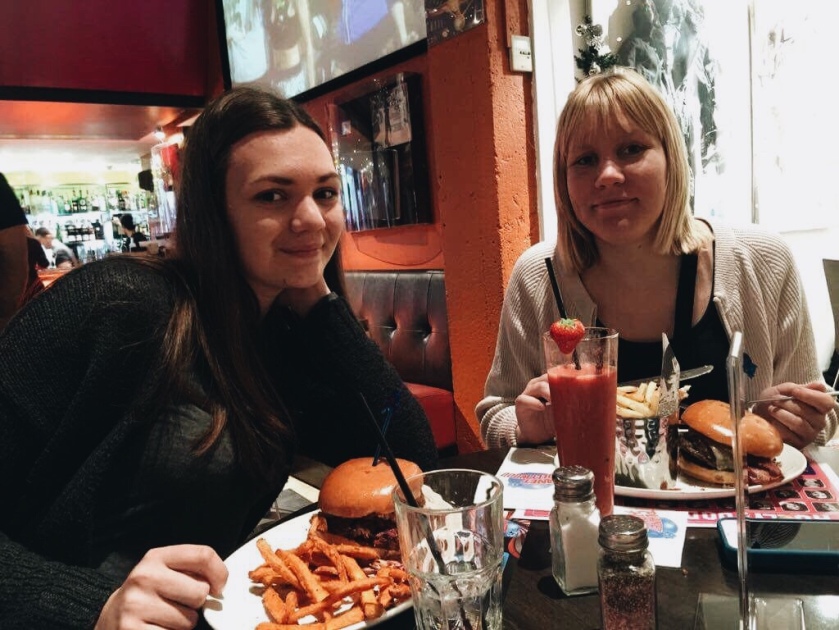 The next part of my trip was probably one of the highlights- after lunch, I met up with friend Selina. She’s Finnish and studying in London, but last year I met her in Canada while she was on exchange. We didn’t have so much time together, but we wandered down oxford street and it was super nice to catch up with her❤️

That night, we visited winter wonderland in Hyde park. The queue was a bit long to get into the park, but it was really really pretty once we got in. It’s really big, it’s kind of like a giant temporary amusement park. I thought it was kind of funny how they build a huge park that’s probably bigger than tusenfryd in norway just for Christmas time. 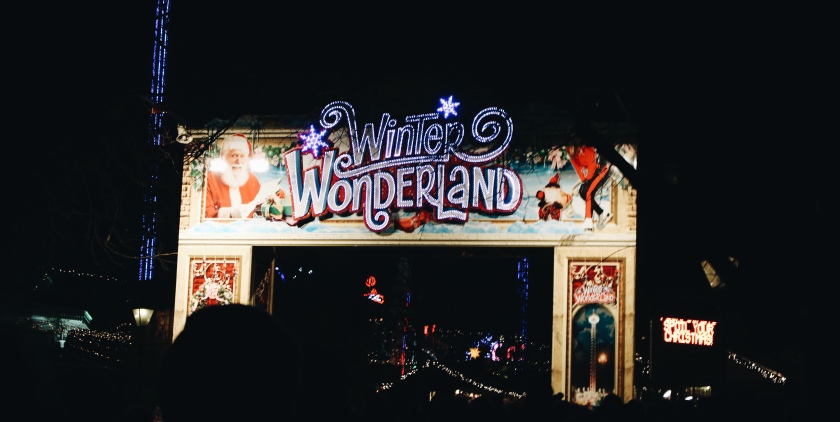 On Sunday we had a bit of a hectic day. We got up and checked out of our hotel, and went to the camden town markets. The markets were actually really cool and the area they’re in has a lot of unique street art. It was snowing when we went which was kind of like a dream for a winter weekend in London, however not so much so when you’re dragging your suitcase behind you in the slush. Before we left the city, we went to the American food store, so I could buy Kraft dinner- never thought I’d be missing that of all things during my exchange. 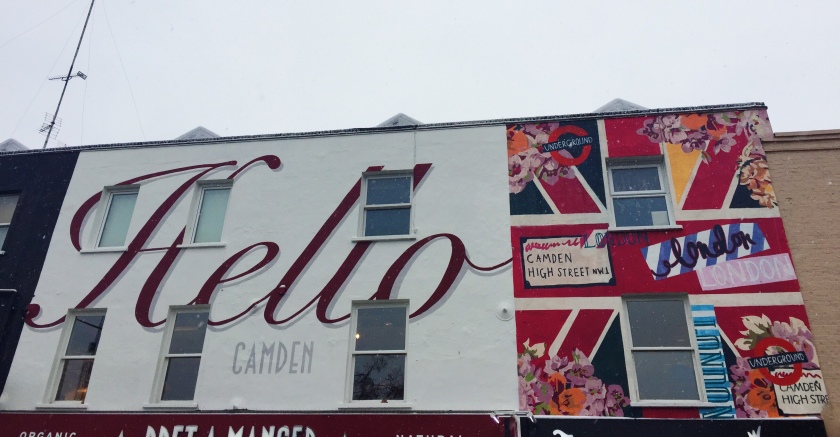 We made our way to the airport in the afternoon only to find out that our flight had been cancelled. I’ve never experienced having a cancelled flight before, and I hope it’s just a once in a lifetime thing because the airport that afternoon was one of the most chaotic things I’ve ever experienced. There were probably 10,000 people all in the same area trying to push through to check their flights, go to their gate, or just get out of the airport. We called my host dad in norway in the end to get him to make new plans for us as the network was too slow to use at the airport, and ended up having to stay an extra night in London. We had a crazy time trying to get back to central London, but eventually we got there and got to our new hotel for the night.

We didnt know what we were in for with this hotel, as it was booked about 5 minutes before we arrived from norway, but by some twist of fate we ended up at a 5star hotel which was one of the nicest hotels I’ve stayed in to be honest. We settled in and went out to grab some dinner- we ended up getting takeout pizzas and snacks from the grocery store and taking them back to the hotel but honestly, I couldn’t have been happier with that. We put on a Christmas movie and had a night in which I think was the perfect end to the weekend even if it was a little unexpected. 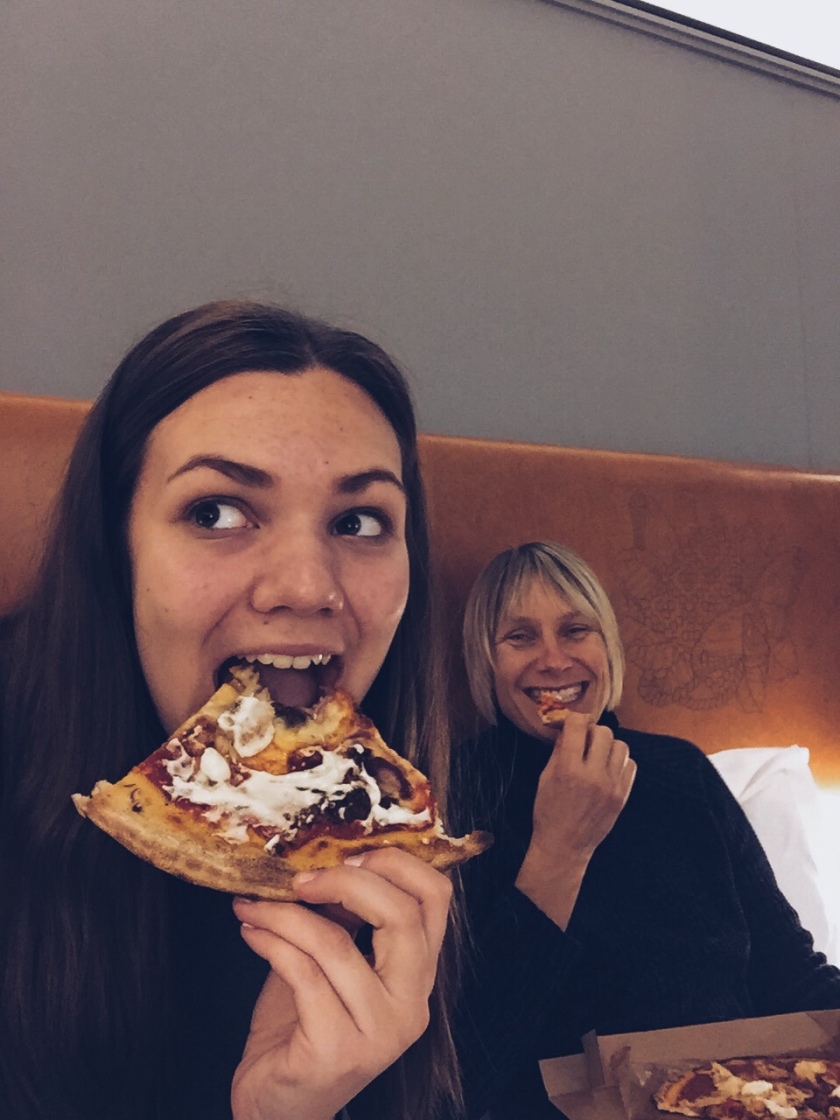 We left at 3 in the morning on Monday to start our journey back to Oslo. We went to the airport and flew to stavanger where we stayed for most of the day. It was really nice to see stavanger; when I was there in September, I mostly saw sandnes and sola. Stavanger was really cute and we spent the afternoon just wandering around a bit before catching a flight back to Oslo around 6.

One thing I really noticed in England was that everybody was much more polite than I’m used to- and that maybe being around Norwegians (who are a little more closed off) has made me lose some of my social graces. Other than a little conflict between tired me and an angry British man with a cane, i found I really liked the people in London and found them to be a lot more willing to help out one another than Norwegians, and maybe even Canadians. 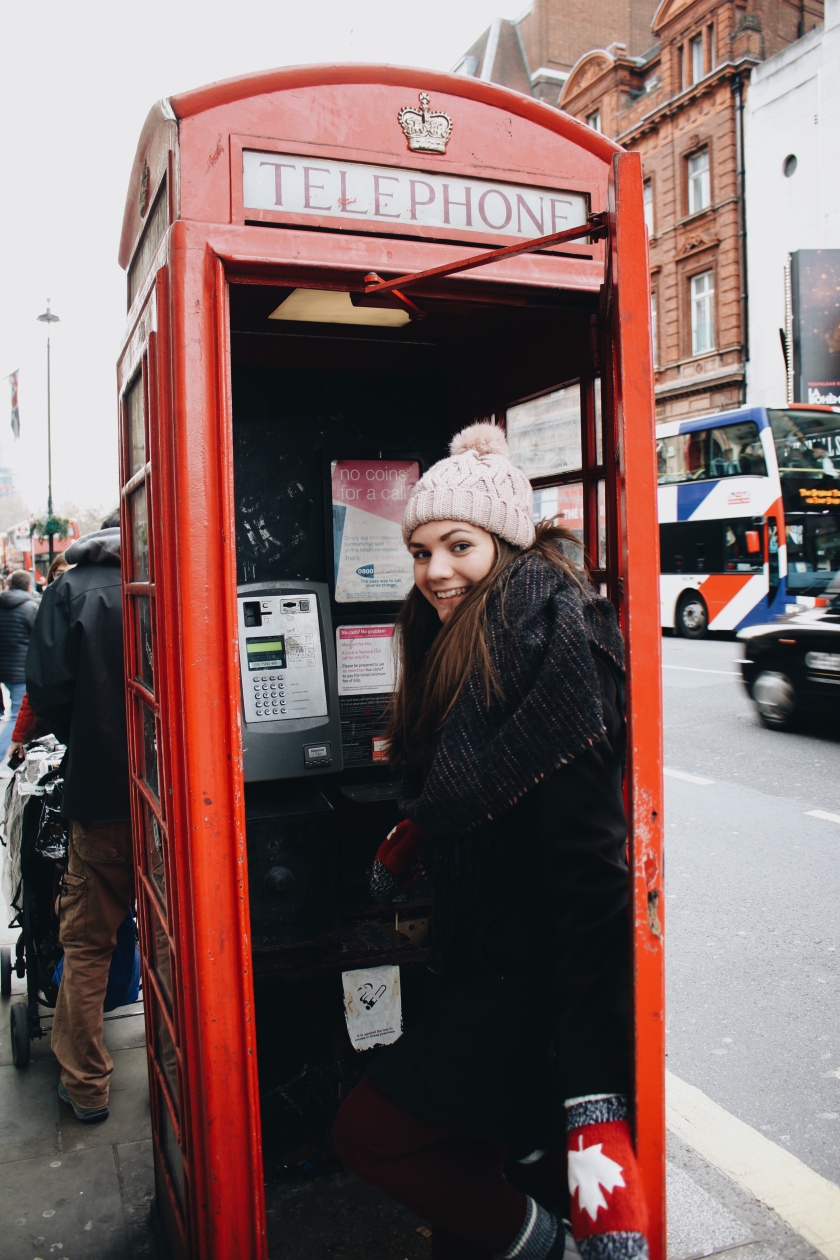 Overall, this weekend was a dream come true, and I can honestly say that everyday feels like Christmas for me- everyday is a gift, and I’m so lucky to have gotten so spend so much time exploring the world and norway while on my exchange.

This is a text widget. The Text Widget allows you to add text or HTML to your sidebar. You can use a text widget to display text, links, images, HTML, or a combination of these. Edit them in the Widget section of the Customizer.
%d bloggers like this: