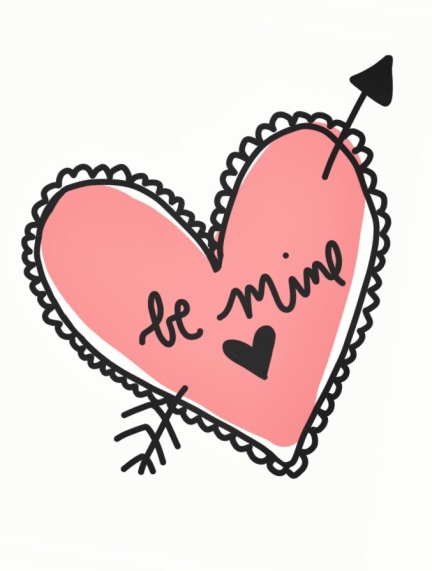 happy love month! ♡ hope you all got to spend the day with your loved ones or eating as much chocolate as you can or, even better, both. 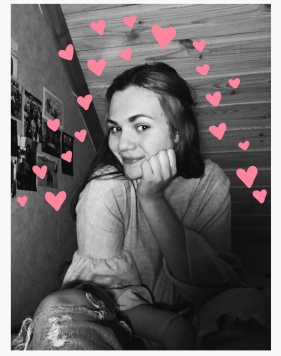 I’m now past the 200th day of my exchange! While time is flying, I can’t say winter is coming to an end; the last week of February has actually been the coldest week of the year and the snow is still up to my knees. February really has flown by- it feels like I blinked and now it’s coming to an end.

At the start of the month, all of the exchange students staying in Norway with rotary (23 from 10 different countries) met for a week long ski camp (which you can read more about in my last post here ). During our week in the mountains, we went cross country skiing, sledding, downhill skiing, and even to an animal park where I kissed a moose. 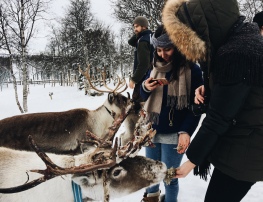 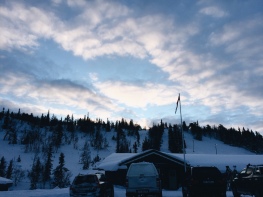 After my trip with the other exchange students, I got a really bad cold and spent a few days at home. I went back to school for a few days, but following that week we had another week off school for winter break. Talk about a really short month. Being sick sucked but I stayed home and got the rest I needed, as well as revamped the blog a bit (peep the logo, pictures page, and the page linking to all my previous posts)

On the first weekend of the winter break, I went to visit my friend who stays in a town called Larvik, about three hours away from Oslo. The weather was a bit dreary, but we went for a little daytrip to a neighboring town and had coffee at a cute little coffee shop.

Once I returned from Larvik, I had a few days at home which I spent with my host family. In the middle of the week my host dad, host sister and I went on a 25km ski trip which I think was the peak of my cross country skiing career. I was so exhausted afterwards, but I’ve never slept better.

During the last half of the winter break, my friend Kali from Canada and I went with my host parents to a cabin very high up in the mountains. We had electricity and water (something apparently not every cabin has in Norway), but it felt and looked as though we were in the North Pole. During our time at the cabin, we went cross country skiing (only one of the days- after the 25km ski trip and my friend from Canada having skied the whole week, we decided to take a little break), played monopoly in Norwegian, made brownies, and even made hot cocoa and sat outside with it one sunny morning when it wasn’t too cold. We also watched more sappy movies than i can count- highly recommend The Lucky One if you’re lookin for a chick flick, the dogs are really cute and when Zac Efron walks them it’s 100% hubby goals.  Overall the cabin trip (or hyttetur) was cozy, but on the way home we took eight hours as opposed to three to drive home. 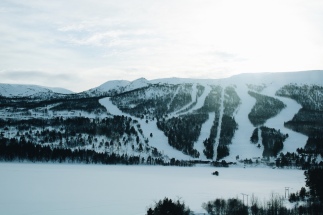 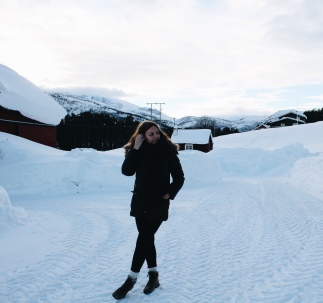 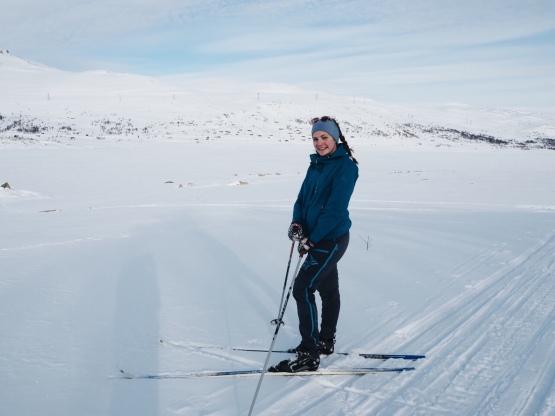 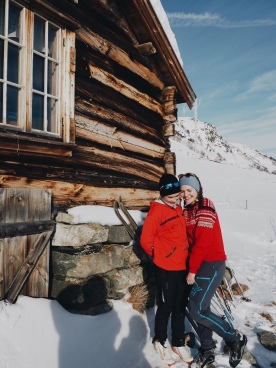 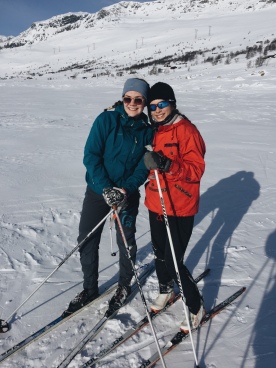 I had a presentation for my rotary club this month- it was 35 minutes and I spoke in Norwegian the whole time! I was really proud of myself for accomplishing that, as learning Norwegian has posed a bit of a challenge up until this month. I’ve been persistent about it though, and now that I’m using it more and more conversationally I’m increasing my vocabulary a lot. 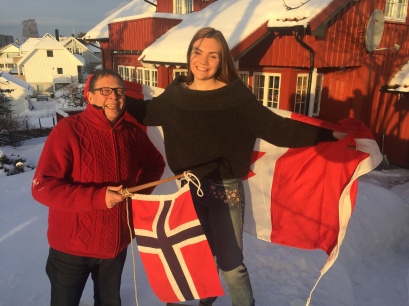 I’ve also become a bit of a local celebrity in Norway this month. In March, my French class will travel to France for a week and spend some days living with host families, and we got interviewed about it & were featured in the newspaper. I’m in sort of a funny situation, being from Canada but staying with a host family in Norway and travelling to stay with a different one in France. A week later I made an appearance in the newspaper again, an article about my exchange year here. It was actually really cool to be in the newspaper here, and I’m glad I have those articles as memories from this year.

Anyways, that’s all from February! March is going to be busy, but I’m anticipating all the fun things to come. At the start of the month I’m moving and going to france, followed by a school ski trip to the mountains and then a visit from my mom at the end of the month! Hope you’re all starting to enjoy the first signs of spring!

This is a text widget. The Text Widget allows you to add text or HTML to your sidebar. You can use a text widget to display text, links, images, HTML, or a combination of these. Edit them in the Widget section of the Customizer.
%d bloggers like this: